You are here: Home / MMoME in the News / A MMoME Intern’s Experience With a High-Profile Stranding Case on Old Orchard Beach, June 2016

Meet Bri, one of 3 amazing MMoME interns this summer. Below is her experience working with MMoME during its first season of seal triage, and a high-profile stranding case. 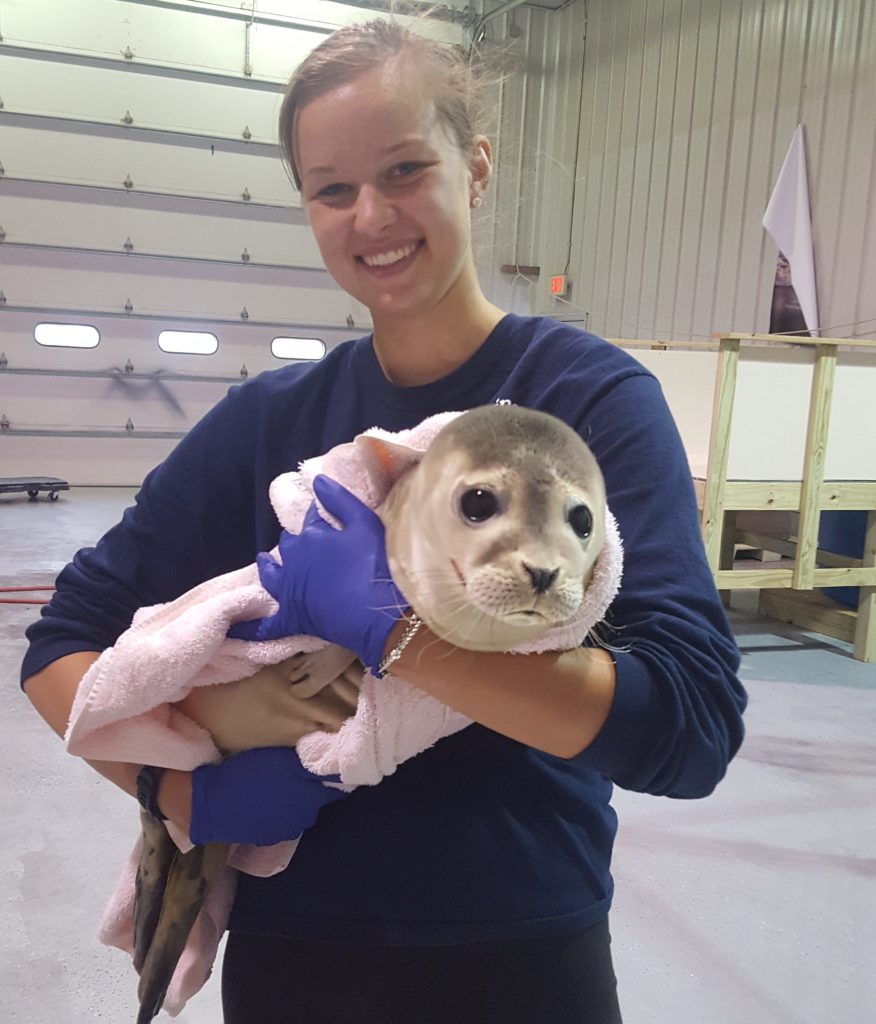 I entered the Marine Mammals of Maine triage center at 9:30 am on the Friday before Memorial Day weekend, for the first day of my summer internship. I was nervous and excited—I was a bit of a wild card to be picked for this internship, as I had experience with other mammals and wildlife, but I had never seen a seal outside of an aquarium before.

By the next afternoon, I was teaching other volunteers how to tube feed.

By Monday, I was driving through Boston traffic with five seals in my truck, running on four hours of sleep, after bringing three new seals to the center and helping to admit them late on Sunday night.

Like a baby taught to swim by being thrown into a pool, I was thrown into the world of marine mammal rescue. We had as many as eight pups in the triage center at one time, all of which needed to be fed every four hours from 7 am to 11 pm, and all of which needed to be transported to Connecticut or Massachusetts after their four days of triage. When one left for rehab, the next was promptly admitted.

Memorial Day weekend, historically, is the busiest weekend of the year for MMoME, as it marks both the peak of harbor seal pupping season and the first big weekend of the tourist season. Like a human baby, a harbor seal pup is good at four things: sleeping, suckling, pooping, and being irresistibly cute. During this critical time, the pup is dependent on Mom for nutrition and protection while it learns how to survive on its own in the wild. Unlike a human mother, a harbor seal can’t hire a babysitter while she grocery shops, so she will leave her pup on the beach while she forages, and come back for it later. The evolution of harbor seals apparently had no regard for national holidays, and they have their pups in late May/early June each year, the same time people start to flock to Maine’s beaches for the tourist season. Some mothers choose nice, quiet beaches to leave their pups on. Some mothers choose Old Orchard Beach.

Well-meaning people, often simply unaware of what is and isn’t normal seal behavior, end up interacting with seal pups in attempts to help them. And who can blame them—with that fuzzy fur, and those tiny flippers, their big black eyes, and that heartbreaking innocence of being brand new to the world—but unfortunately, human proximity and interaction often causes mothers to abandon their pups on the beach. Thus, the end of May through June is a flurry of pups, left stranded on beaches, malnourished from abandonment and exhausted from the stress of human interaction.

Before my time here, MMoME worked with University of New England’s Marine Animal Rehabilitation and Conservation Center, bringing 70-80 seals to them per year for rehabilitation. But, since 2014, when UNE abruptly closed their doors (http://nhpr.org/post/maine-marine-animal-rehab-center-releases-last-seals-closing), Mystic Aquarium in Connecticut and National Marine Life Center (NMLC) on Cape Cod are the only options for rehabilitation in New England. Either is a long journey over 200 miles.

Because of this, the new MMoME triage center is essential—it allows us to give them the critical hydration, nutrition, and treatment they need to be stable enough for that journey. However, we are not authorized to collect an animal for triage without having a guaranteed spot for it in a rehab center. Within those first few weeks of the pupping season, the few dozen spots available between Mystic Aquarium and NMLC were rapidly filled. And that sucked, because the tourist season didn’t stop, and the seal moms didn’t get the memo and stop abandoning their pups on busy beaches.

The famous pup of Old Orchard Beach was the most high-profile of the season. NMLC would later name her Sealia Roberts, and she was a diva. She stranded on June 3rd, plopped smack dab in the middle of the beach in front of the Allouette Beach Resort, like an orphan on a doorstep (thanks, Ma!). For two days that seemed like two months, she was the talk of the town.

There were several pups that MMoME was monitoring when Sealia was called in, but, given her location, she took the spotlight. Unlike most pups reported to MMoME, Sealia was in great shape; active, vocal, and decent body weight. She clearly had a mom and was awaiting her return.

Volunteers sat with her all day and into the night, constantly moving the signage in front of her and the roped-off perimeter around her as she flopped up and down the sand, keeping people back to give her the best chance of reuniting with her mother.

The volunteers were cheered by some and berated by others, who threatened to take matters into their own hands once night fell, angered by our efforts to reunite her with her mother, and at our inability to take her in. MMoME’s Executive Director Lynda, and Assistant Stranding Coordinator Dominique didn’t sleep, and I don’t think the folks at Mystic or NMLC slept either, barraged by our pleadings to open just one extra spot.

At the triage center, the other interns and I kept our heads down and focused on caring for the other pups, those that had slipped in just before Sealia to take the last few precious rehab spots.

One little girl at the center, #62 (less romantic of a name than Sealia, I know), wasn’t doing so well. She came to us in decent condition—categorized as ‘slightly thin’ rather than ‘very thin’, as almost all our other pups are. In the first few days at the triage center, most pups do a complete 180 from lethargic and quiet to bright and energetic, but 62 just wouldn’t perk up, despite her decent body condition and seemingly normal bloodwork. I came in on Sunday just after the morning feeding, and Lynda was on the phone with our veterinarian. She hung up and turned to me.

“This is not because of public pressure from the OOB stranding.”

“This animal just isn’t right. She’s not getting any better. Something is up with her. If she was going to turn around, she would have by now. This is the best thing for her.”

It’s the side of animal rescue that doesn’t get talked about often—the animals that, despite all our effort, don’t make it. 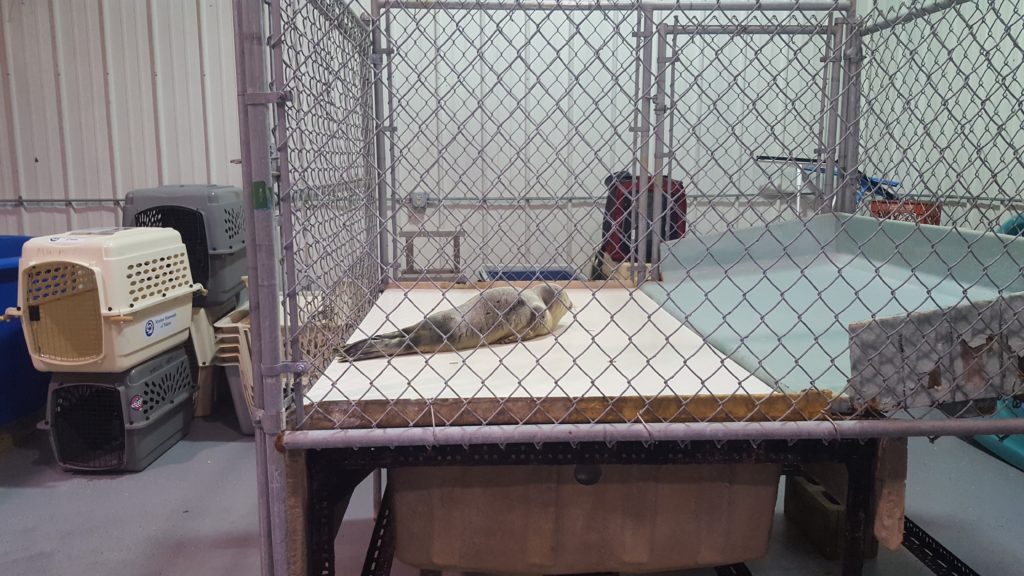 Because #62 had to be humanely euthanized (as she would have regardless of space), the last spot at NMLC was re-opened. It was clear that Sealia’s mom was not coming back due to the number of people on Old Orchard Beach, and the amount of human interactions with her-perhaps she would not have needed MMoME had she stranded on a less popular beach. And thus, Sealia, was given a chance for rehab.

The public’s cries, calling MMoME “baby-killers” and declaring us careless, cruel, and lazy, ceased as we scooped her up and whisked her back to the triage center. She was admitted, rehydrated with crucial electrolytes, given some much-needed nutrition, and a few days later she was off to NMLC for rehab.

In the news, the rescue of Sealia Roberts was a great success—A miracle spot opened up, and the orphan of Old Orchard was saved!  At MMoME, however, there was a bit more to the story. The sad reality is that, when 62 had to be euthanized, Sealia was of highest priority, given the dangers and stressors of being on such a crowded beach, but there were several other pups out in the field that were equally in need of our help, and equally as deserving of a spot in rehab.

MMoME responds to over 300 animals per year. Some are just fine and don’t need our interference, and some are found already deceased. However, many are in critical need of rehabilitation. At full capacity, Mystic Aquarium and National Marine Life Center combined can take roughly 40 seals from us each year, about half of what UNE used to be able to rehab. A vast majority of the seals filling both rehabilitation centers, despite the fact that neither of them are in Maine, are from Maine. To me, to us, and I’m sure to many of you, this just doesn’t make sense.

Before we were able to pick up Sealia, there were cries that we weren’t trying hard enough. That someone must have a free bathtub it could be put in, that an aquarium must be able to pick it up, that we could at least take it and care for it for a little bit to ‘buy it some time’.

However, before a rehab space opened up for her, picking that animal up at all meant signing her death wish. Rehabilitating a wild marine animal from admittance to release is both long and expensive, requiring expert care and techniques. Nursing an animal back to health takes far more than a bathtub and a bottle, and any aquarium doesn’t just have the funding, appropriate facilities, and staffing on hand to give an animal everything it needs.

An abandoned pup needs very specific nutrition that mimics a mother’s milk as accurately as possible, needs to be weaned and taught to hunt, and needs all of this with minimal human interaction to remain fit for the wild. Only 2 of the ~85 people that make up MMoME are paid employees.  The rest are dedicated volunteers and interns, donating hours upon hours of their time in the name of marine animal conservation. No one is here for anything other than pure passion for the animals, and counteracting our human impact on our marine environment.

After Sealia occupied that last rehab spot, things became quieter at the triage center, but didn’t quiet down as quickly in the field. Sealia was the 68th animal of the year MMoME responded to, and the next animal we were able to admit to triage and send to rehab was the 126th. Not all of those 60 odd animals in between needed our help, but plenty of them were candidates for rehabilitation that we would have taken in if there were space. We are just as frustrated about every animal we cannot take in, as the public was about Sealia. Without a fully operational rehab center in Maine, we can only do as much as we can do.  The answer is clear. Maine needs rehab.

Thank you to all who supported MMoME and reached out to us with concern and compassion for Sealia. Your support is critical for our operation at our current scale, and invaluable in working towards our future goals.

With your help, hopefully soon, every stranded Sealia, plopped on a crowded beach and deprived of a chance with mommy, can be given one with MMoME. 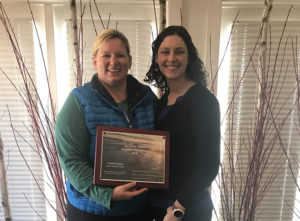